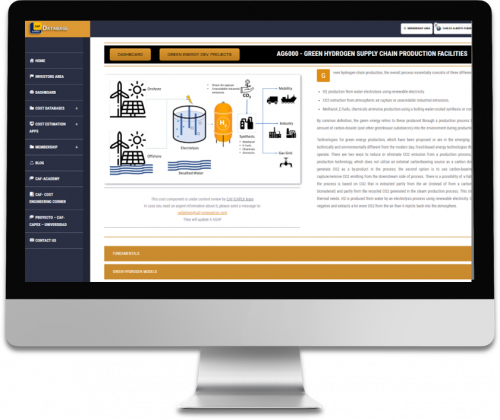 By common definition, the green energy refers to these produced through a production process that emits zero or minimal amount of carbon dioxide (and other greenhouse substances) into the environment during production.

Technologies for green energy production, which have been proposed or are in the emerging stage at the moment, are technically and environmentally different from the modern day, fossil-based energy technologies that are cheaper to build and operate. There are two ways to reduce or eliminate CO2 emission from a production process; the first way is to use a production technology, which does not utilize an external carbonbearing source as a carbon donor, or one that would not generate CO2 as a by-product in the process; the second option is to use carbon-bearing fuel/raw materials and capture/remove CO2 emitting from the downstream side of process. There is a possibility of a hybrid case also. In this case, the process is based on CO2 that is extracted partly from the air (instead of from a carbon source like NG, coal, or biomaterial) and partly from the recycled CO2 generated in the steam production process. This steam is needed for process thermal needs. H2 is produced from water by an electrolysis process using renewable electricity. Overall, the process is CO2-negative and extracts a lot more CO2 from the air than it injects back into the atmosphere.