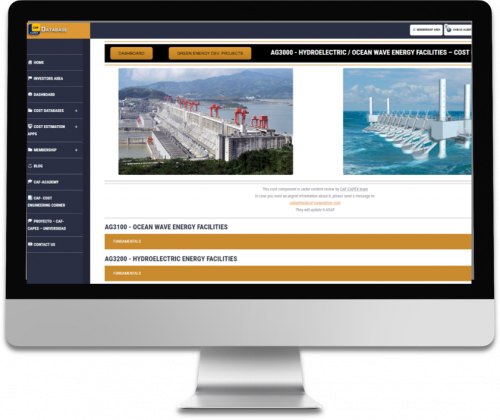 Hydropower , also known as water power, is the use of falling or fast-running water to produce electricity or to power machines. This is achieved by converting the gravitational potential or kinetic energy of a water source to produce power. Hydropower is a method of sustainable energy production. Since ancient times, hydropower from watermills has been used as a renewable energy source for irrigation and the operation of mechanical devices, such as gristmills, sawmills, textile mills, trip hammers, dock cranes, domestic lifts, and ore mills. A trompe, which produces compressed air from falling water, is sometimes used to power other machinery at a distance.Hydropower is now used principally for hydroelectric power generation, and is also applied as one half of an energy storage system known as pumped-storage hydroelectricity.

Hydropower is an attractive alternative to fossil fuels as it does not directly produce carbon dioxide or other atmospheric pollutants and it provides a relatively consistent source of power. Nonetheless, it has economic, sociological, and environmental downsides and requires a sufficiently energetic source of water, such as a river or elevated lake. International institutions such as the World Bank view hydropower as a low-carbon means for economic development.